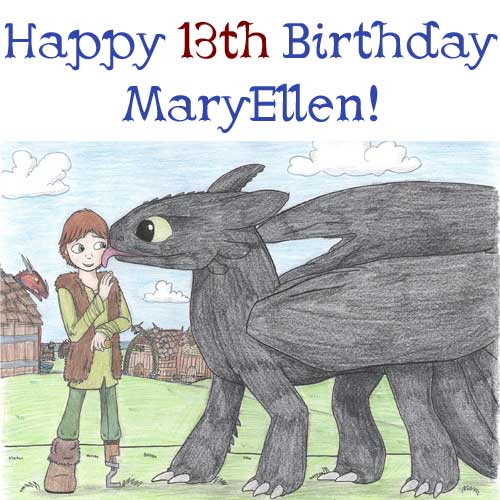 In January, MaryEllen became a teenager! 🙂

The day before her birthday, she baked her delicious white cake. Yum! She was eager to decorate it with a picture of Toothless from How to Train Your Dragon. We were wondering how we were going to accomplish black frosting, Toothless being all black. I thought they only made black food coloring during Halloween, but we didn’t find any in October. While at Michaels one day, we happened upon black. Yay! I would have never though to look in the cake decorating area in a craft store. Duh! 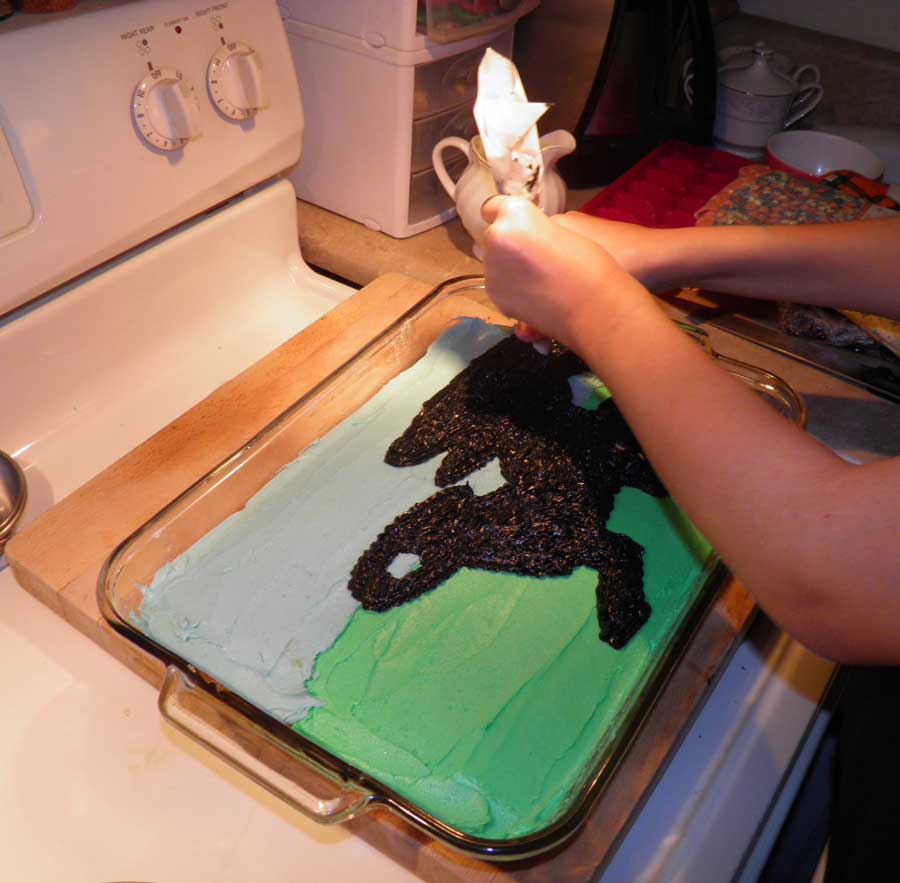 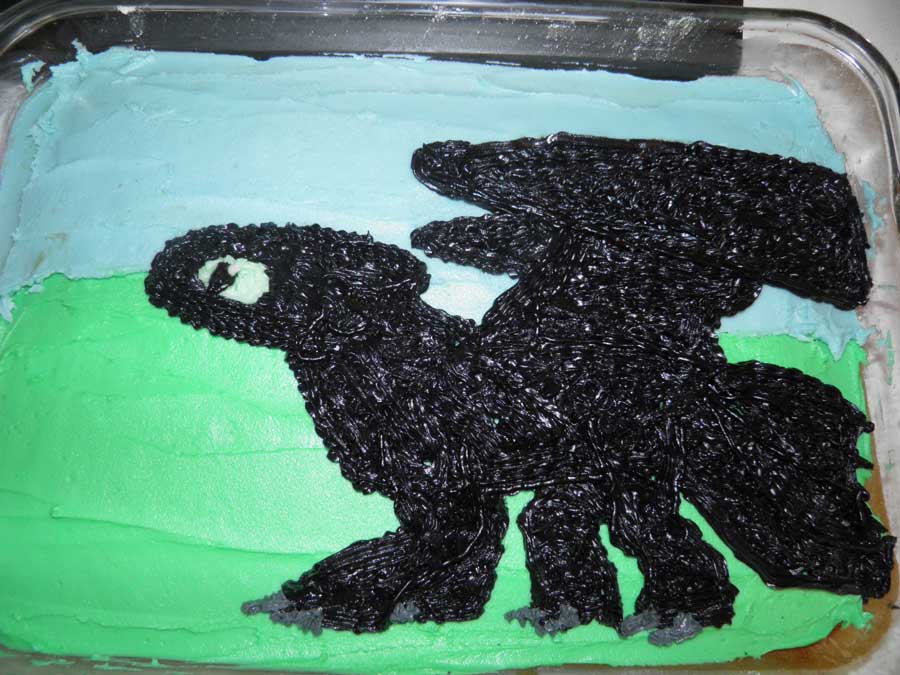 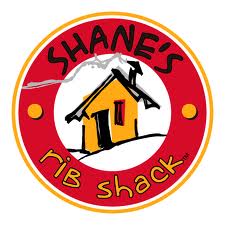 MaryEllen did a wonderful job with her decorating. Her drawing canvas wasn’t big enough, but she made do.

Instead of cooking at home like we usually do, we decided to go to a restaurant of her choosing for dinner. She chose to eat at Shane’s Rib Shack. I forgot my camera, so unfortunately I did not get any pictures. She chose the sampler plate, a little bit of everything. I had a pork plate with baked beans, no bread. I did eat the french fries. It’s been so long, I can’t remember what Don had. Donnie took a sampler to go. For some reason, he doesn’t like eating in restaurants so we usually get his to go. Hmm!

While in town, we ran some errands before heading home. Tradition is that the kids pick out a movie to watch on their birthday. MaryEllen chose How To Train Your Dragon. We’ve been watching it every year on her birthday for the last three birthdays. 🙂 And that is okay because SHE gets to pick it. Plus, a year between isn’t too bad. 😉 We most likely will watch it again next year too. 😀

Did you know they are coming out with a How To Train Your Dragon 2? Not sure what the subtitle will be or if it will go by another title. But, you can guess who is super excited. This one, we will watch in theaters. Going to the theaters isn’t something we do often so it makes it all the more enjoyable.

A year ago, we found party decorations at Big Lots. We purchased the plates, table cloth, banner and cups to use for this year’s birthday. She knew she would want another How To Train Your Dragon birthday. Last year, we didn’t have the themed party decorations. 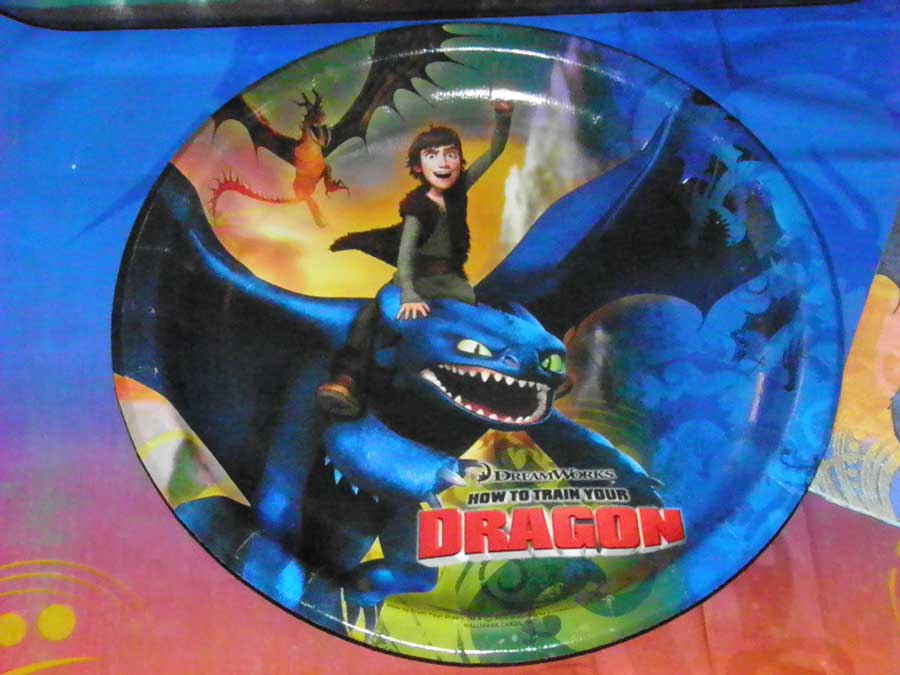 In the middle of the movie, we stopped to sing Happy Birthday and enjoyed a piece of cake and a scoop of ice cream. In the beginning of January, I eliminated wheat and other starches from my diet, but I made an exception for MaryEllen’s yummy birthday cake. White cake being my favorite, I had myself a small piece. 😉 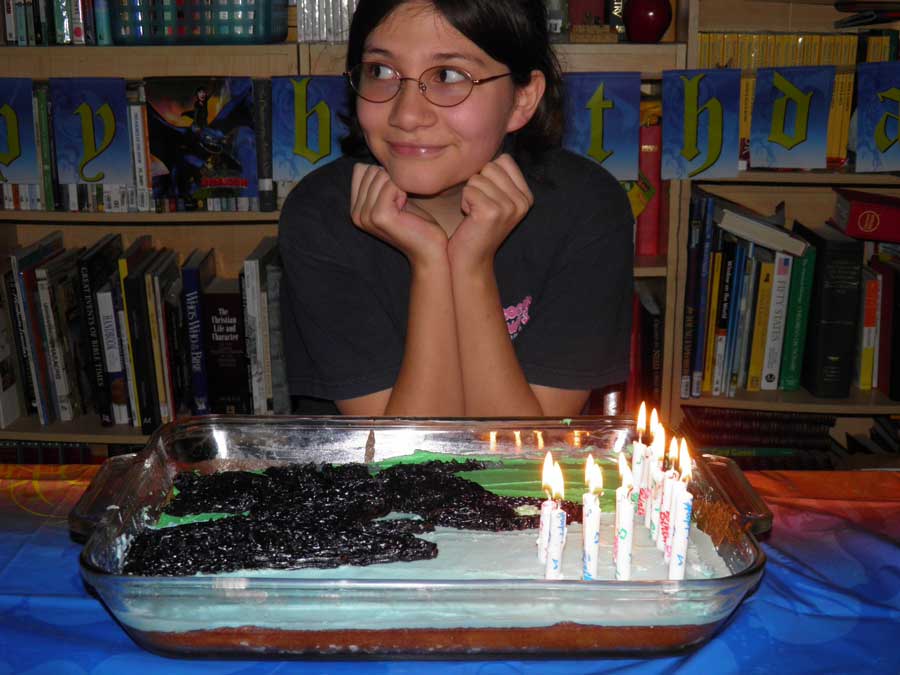 Gifts were simple this year. We got her two Webkinz stuffed animals, a Clydesdale, which she named Stoick and a dog that she named Biscuit. We also got her a doll brush and shoes for her to use with Liberty, a doll we bought from Vision Forum. I searched for a horse lounge pillow with her, but she couldn’t fine one she liked. So, we are still looking.

That was her birthday in a nutshell. It is still hard to believe that I have a teenager! I love how we can laugh and goof around with each other. I enjoy having meaningful conversations where I can see into her heart. I pray we always will be close and that she will always feel comfortable talking to me about anything.