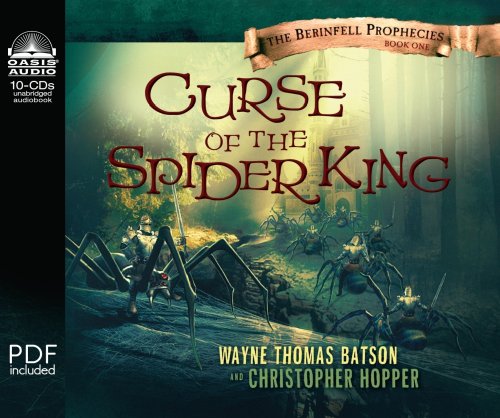 Our current audio book has been the The Berinfell Prophesies Series. We listen to this in the car as we drive to visit Grandma.

I just learned, that there are three books in this series. There are only two audio books, so I was unaware of the third book. Looks like it isn’t in audio form yet, so I might have to purchase it to read aloud or the kids can continue if they like.

So, there are three books in this series…I guess it is now a trilogy. 😉

So how do we like it?
We have been thoroughly entertained. Besides the Narnia series, we haven’t listened to fantasy. So this is a nice change of pace. MaryEllen is into fantasy right now, which is one reason I chose this series.  The Berinfell Prophesies also got good reviews. {Wait! We also listened to the Kingdom Series, not sure if it is considered fantasy.}

We were unfamiliar with the authors, Wayne Thomas Batson and Christopher Hopper, but have found them to be quite good at what they do. I plan on purchasing more from them.

As always, I am very pleased with the Oasis Audio production. I purposely choose books they record because they are excellently done.

What are they about?
A short synopsis is: Seven teenagers are about to find out that all is not as it seems. Once they turn 13, they notice weird things happening to them. They later find out that they are not human, but elves…from another world. Not only are they elves, but Elven lords. Not only are they Elven lords, but there is a prophesy that says they will save Allyra, their ‘real’ home. So, they are needed back home to save Allyra from the Spider King. Yes, there are giant spiders in the book. 🙂

We are still listening to Book 2, so I don’t know what happens. They are now in Allyra and have trained to better use their powers. They are now on their quest and are learning how to work together and how to harness their powers through their mishaps and adventures. 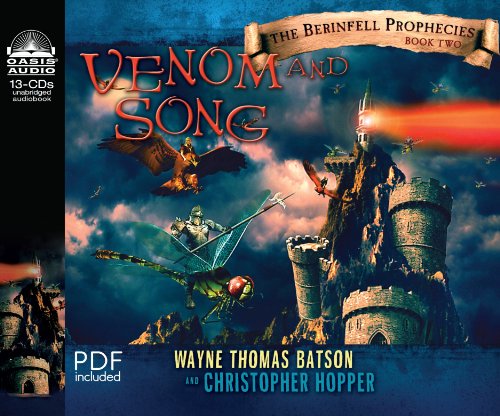