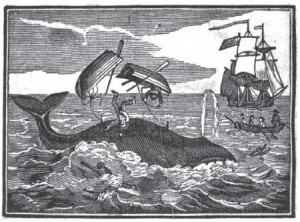 The McGuffey Eclectic Readers have been a tried and true set of books when it comes to teaching your child how to read. They are full of loveable and teachable stories that your child will carry with them throughout their lives.

We use them in our homeschool and have enjoyed them very much. Right now, Donnie is reading the Second Reader and MaryEllen is reading the Third Reader.

I wanted to write up a review of these classic books, but found this one that was written over a hundred years ago. I couldn’t have worded it any better.

So grab a cup of coffee or tea and enjoy.

There has been a great drop in the character of the reading books since I learned to read. It looks as if every author attempts to make his series sillier than his predecessors. Once it was thought that one book was enough of the childish books in a series, but now it is not an uncommon thing to find the baby twaddle running up through the Fourth Reader, and even traces of it in the Fifth. Only a few of the supplementary readers are any better. It is a general “let down” all the way through, not only in the readers, but in the arithmetics, grammars, etc.

Educational doctors are afraid the children may actually do something; hence, all educational diet is reduced to the consistency of very thin gruel. Children get very tired doing nothing. A class of boys and girls were reading about “A Doll” the other day. Not a boy wanted to read about “dolls,” and but three little girls out of fifteen had ever liked to read “doll stories.” The boys wanted to read about fights and men and Indians and animals, and where people had done “good things,” or said something pretty or something interesting. They liked the truthful, courageous boy or man; or the one that would help a cripple or be kind to any one. The little girls did not differ very materially from the boys, except that they did not want so much of the heroic in their reading.

But to return to the first part of the allegation, namely the weak and insipid character of the pieces printed in the text-books as reading lessons: —

I have a copy of “McGuffey’s Eclectic Third Reader,” printed in 1853. Let us open this volume published forty years ago, and glance through it. A moment with “The Little Philosopher,” by Dr. Aiken, or “The Peaches” by Krummacher. Noble lessons on character building! No sentimental drivel in either. The next lesson— “We Are Seven.” How it lifts the soul upward! It goes straight to the heart, and leaves an impress there that all after age never can efface. “The Song of the Dying Swan” and “Swartz the Missionary.” Is there not here something in this lesson that goes far beyond any mere description of bird, or bug, or worm, or plant, or atom?

Following in close succession is, “Knowledge is Power.” In this a sharp distinction is drawn as to the use of knowledge. But I need not particularize. The book is filled with choice selections. There is not a weak piece in the book. Not only this, but the Second Reader of the same series contained excellent selections. Need I name but one beginning with: — “Mother, how still the baby lies,” — A real gem of its kind. Such pieces as the ones I have referred to are worth more in the formation of sturdy character, and to put the pupils into sympathetic relations with human beings than all the “Little Bug Stories” that can be crowded into a child’s life from now till the “crack of doom.” There is some real merit in the pieces.

In the Third Reader of this series, all sides of the child’s nature are touched. He is stimulated, too, by having “The Consequences of Idleness,” portrayed in the life of George Jones, while the next lesson, “Advantages of Industry” are clearly set forth in the person of Charles Bullard. Again, in “The Child’s Inquiry,” beginning, “How big was Alexander, Pa?” the true intent and purpose of war are shown in such a manner as to leave an impression on the child’s mind in regard to the murder of one human being as compared to the killing of thousands.

Another great moral lesson in this book is entitled “Little Victories,” by Miss Martineau. This lesson has given more children courage than any other one lesson that I know of in the language. 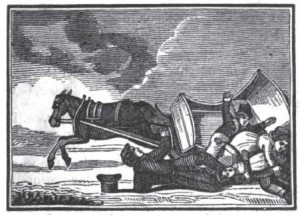 Scattered through the book are enough lessons about animals to whet the appetite for something more in larger and more pretentious works. It should be remembered that a child is always more interested in reading about lions, tigers, bears, and so forth, than in counting the number of nails on each foot or the teeth in each jaw. Habits and characteristics please children most, not the number of bones in the foot, leg, or head. Details and analyses of too minute a character are always tiresome to children.

Another point, I can not see how any sincerely honest man or woman can be an atheist. With my ideas of cause and effect it appears absolutely impossible, and yet I suppose there are such persons living, but the lesson in McGuffey’s old Third Reader, “The World of Chance” by Dr. Todd, is certainly one of the most perfect and complete vindications of an intelligent design in all things terrestrial that can be presented.

Yet, I suppose, the “New Educational-little pill-doctors” would claim that this is too severe for children in the Third Reader. They are very much alarmed lest they strain the children’s thinkers. Lesson 69, in this book, is entitled, “Difference Between Man and the Inferior Animals.” It is a wonderful presentation. It strikes the childish imagination with a force that is simply irresistible. It is one of the best antidotes to all this maudlin, physiological psychology, which essays to find mind in the bottom of a retort, or an alembic, or in a pile of brains after death, or away down yonder in the simplest form of the cell.

So far, I have said little of the poems in this book. The last lesson, “The Dying Boy” by Mrs. Sigourney, is a touching poem indeed. I ask any candid teacher to compare the character of the selections in this book with any Third Reader of modern date, and see how vast the difference. It is folly for any one to tell me that McGuffey’s old “Third” was too hard for children to read in. I taught this book for three or four years and the children read well in it.

Before me is “McGuffey’s Eclectic Fourth Readers,” imprint of 1843. To say that it is solid only half expresses the truth. All the pieces are of the very highest literary merit. Here are better literary selections that can be found in any dozen of the books published for the use, benefit, and moral improvement of the boys and girls of the present generation. They are introduced at once to the beauties and elegance of thought and style. Twaddle there is none. Every lesson has an object—to toughen and to strengthen the intellectual and moral fiber of the boy or girl. The “coddling process” is gloriously and sensibly eliminated. Here is a book of 323 pages filled with nutritious food. There is not a padded page in it.

All the modern reading books are projected on the plan that the child must have next to nothing to do. High, wall-eyed educators lift up their hands after imbibing inspiration from Germany, and tell us just what the child is capable of doing and of not doing. They failed to learn that in Germany the reading books, after the second reader, are modeled after the books I have been describing in this article. The “boshy” notion that the way to learn to read and to cultivate the voice, is to read the plain, natural-science information selections, is about as rational as to expect to find the “Thirty-nine Articles of the catechism in C. ‘Ayers’ Almanac.”

It was in a later edition of “McGuffey’s Fourth Reader” that I read when a boy at school. I understood much of what I read, and a great deal of it caused me to think about the things mentioned. That a deep impression was made on my mind is only a half-truth. The words burnt into every fiber of my nature. The story of “The Intemperate Husband,” and of “The Venomous Worm” put me on the side of “Temperance” for all time. At the same time grew up that aversion to the use of tobacco by schoolmasters which has stuck to me. In fact, it may be a little extreme, but the person who poses as an educational reformer, and is frequently seen with a cigar in his mouth, should first reform himself or sing very low before the boys.

Another phase of the straight reading should be mentioned. A book on natural science, or logic, or mathematics, or law, or medicine, is not a text to be read for the purpose of cultivating the human voice. Such works are to be studied for the information they contain, and for no other purpose. They contain statements and discussions devoid of passion and feeling. Reading as a science and an art,—the expression of thought and feeling by utterance and action, — is a different matter entirely, involving a much wider range of expression than can be brought out of any mere information subject matter.

Reading matter that does not reach the emotions, the affections, the desires, and at times touch up and arouse the very loftiest feelings of the soul, lacks the essentials of good reading matter for children. No great feeling can ever be stimulated over such a lesson as: — “Jump, little frog, Jump for Tom!” If the child takes on any feeling, it is put on for the occasion, and not because it is real.

My contention is, that after the Second Reader, selections on account of literary merit should be used almost exclusively. Some purely information pieces of course should be inserted, but the gems in prose and poetry ought to predominate. Neither do I object to pupils reading books of travel in connection with their geography lessens, but the class of literature in reading books, should be the best that has ever been written in the language. Tough, hard study is the only kind that ever did a boy or girl any good, and it is the only kind that should be put in the reading books.

It is through the Third, Fourth, and Fifth Reader that nearly all the children of our common schools get an insight into literature, and because of this fact, if no other, should the selections be of the very highest excellence.

There is another danger — that of spreading too much. It is not the great quantity of printed matter rushed over that produces either the good reader or the thoughtful intelligent reader. With too many teachers, the tendency is to measure progress by the multiplicity of volumes read by a pupil or a class. Such an idea, if pursued, is dangerous, and a habit once contracted on this basis, leads to mental weakness and not to mental power. Light reading has this effect.

The really valuable selections to be read and appreciated, are those masterpieces which grow upon us with every fresh reading. The filling up process is a vicious one.

Mental dyspepsia is worse than physical and chemical indigestion of food. Little teaching, little study, fiddle-faddle nonsense,—called educating a child, is the accomplishment of a national crime, whose enormity words fail me to portray in its true colors. The-do-little policy is sapping all the life out of thousands of our school children today, under the seductive but fallacious title New Education. 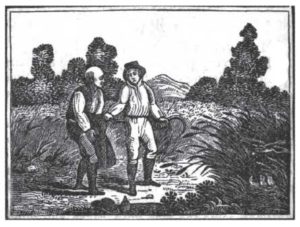