With Mother’s Day coming up next month, I thought I would republish this article on The History of Mother’s Day.

I lost my mother 13 years ago, and although she is never far from my thoughts, I enjoy ‘special’ days when I can honor her memory.

Sometimes it is hard for me to believe that I am a mother. The reality hits when I look at my two wonderful blessings. It is my prayer to be the best mother to them that God intended for me to be.

I found this article interesting, and hope you do too.

The History of Mothers’ Day 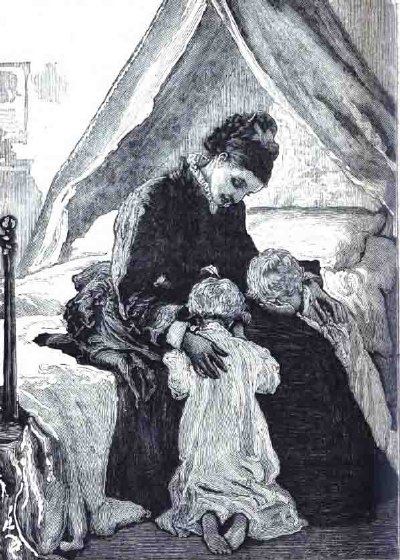 Although for centuries poets and painters have immortalized the radiant motherhood, it has remained for a quiet, unassuming little Philadelphia woman of the twentieth century to organize a movement which has resulted in the setting aside of a special day on the calendar when all mothers, including hard working women, unlovely, bowed in form, and uninspiring to artists, will be reverenced.

Exhibiting the inextinguishable fervor of a Jean d’Arc or a Florence Nightingale, Miss Anna Jarvis has worked incessantly toward the attainment of her ideal—general observances of a day when the tribute that is justly hers will be paid mother the world over.

It was a postage stamp that inaugurated the movement six years ago, when Miss Jarvis mailed a note to a friend inviting her to spend the second Sunday in May at her home to commemorate the date of her mother’s death. It was then that the daughter disclosed her desire to dedicate a day to all mothers.

The following year found the movement prospering. And on May 10, 1908, Philadelphia celebrated Mothers’ Day in church and home. The year had been an extremely busy one for little Miss Jarvis—no one can fully realize just how busy. And when the great day arrived she was too ill to carry out all of her plans for its celebration. But to those who knew nothing of her strenuous efforts it was amazing that so wide a publicity had been given to the idea.

Had she so desired Miss Jarvis could have told of thousands of letters written to men prominent in public life, clergymen, influential leaders in the business world, philanthropists, and others whose interest in the project she was desirous of gaining. She could have related her experiences when visiting reform schools, asylums, and other institutions, and could have told of personal pleas to senators, judges, and professors and immense sums from her own private income expended in furthering her endeavors. But in all her vigorous campaigning for the establishment of the day not a penny did she demand of anyone. Co-operation, consent, and a sympathetic reception for her plans were the only contributions sought.

Day of the White Carnation 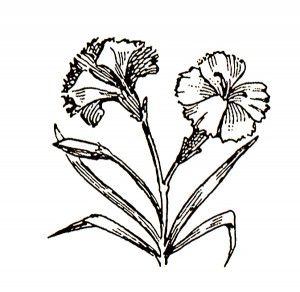 The discouragements she met were many. Like all pioneer, she found all sorts of unforeseen hindrances. Through everything, however, she persisted hopefully; and now, at last, she sees in the not far remote future a time when Mothers’ Day, with its emblematic white carnation, its beautiful sentiment, shall be universally observed—the one day in which all mankind, irrespective of race, religion, or caste, might well join in celebrating.

Even in that first year of its existence Mothers’ Day was observed in many cities, for Miss Jarvis had bravely brought a resolution before the senate of the United States to make the second Sunday in May a national holiday dedicated to the memory of “the best mother in the world, your mother.” It was a difficult thing for the quiet, home-loving little lady to take this step but she finally succeeded in persuading Senator Burkett of Nebraska to propose the resolution on May 8 on the floor of the senate.

When the senator voiced the proposed resolution his colleagues greeted him at first with jeers and sarcastic derision. “Why not Father’s day?” shouted one. “I have a dear old aunt,” yelled another. “Let’s have Aunties’ Day.” And within a few moments Senator Burkett’s voice was drowned in an ocean of laughter; but the good man from Nebraska continued to speak until his earnestness compelled more serious attention. Then, although the resolution was slated until a later date, the purport of the senator’s words had its effect; and next morning the newspapers the country over told of the new movement, some even commenting editorially upon Miss Jarvis’ laudable project. And on the following day Mothers’ Day was celebrated not only in Philadelphia but in various cities and communities throughout the union, thousands of men and women eagerly donning the white carnation symbolic of the constant purity of mother’s love.

In the churches the day was observed by special services. Miss Jarvis, with her characteristic thoughtfulness, made arrangements in her own city for mothers too old and infirm to walk to be conveyed to the houses of worship in carriages and automobiles. Everywhere men and women prominent in public and social life expressed their commendation for the new movement, paying loving tribute to mothers whose memories they held sacred, while in many households where the mother was still living family reunions were held—sons, daughters, and grandchildren gathering to show their devotion. 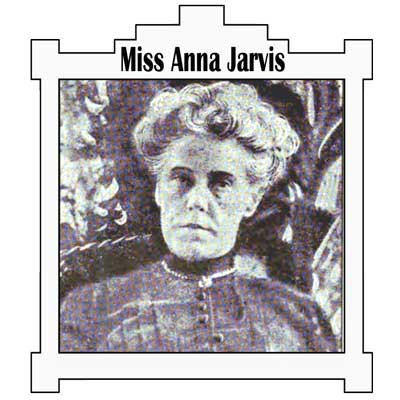 That was five years ago. Now the celebration of Mothers’ Day has become international. In England, where Miss Jarvis spent the greater part of last summer, she was able to make such an impression that this spring the day will be observed throughout England and Ireland. The English, with their reverence for the lamented Queen Victoria, who was the best of mothers not only to her children but to every subject in her vast realm, were easily persuaded to join America in dedicating the second Sunday in May to mothers. Intense interest in the movement has also awakened in the German empire, and in Switzerland, at Zurich, Miss Jarvis will address the international Sunday School Congress to be held this summer.

Miss Jarvis speaks with utmost confidence; her arguments are clear, straightforward, and convincing; seemingly without effort she touches the most tender spots in the hearts of her listeners. I have seen rough men imprisoned for life weep as she passed among them bestowing upon each a white carnation, strangely incongruous in the calloused hand accepting it. It is an important part of her Mothers’ Day program to visit the prisons, and wardens and matrons are ever glad to welcome her. Before leaving she usually addresses the assembled inmates, and many heartfelt response does she elicit.