We have two cats living under our trailer. What to do?

The kids have taken to them although we tell them not to touch them. No worries, because the cats run from them. They are the typical ‘scaredy cats.’ …until we started feeding them. 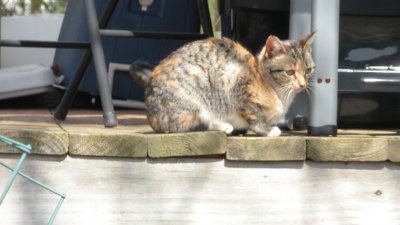 The kids asked if they could, I hesitated, but gave in. At first, the cats would scoot at the sight of them. The kids had to throw the food at them under the trailer.

A few weeks later, and many more feedings, usually daily, the cats now come when the door opens. LOL! They still don’t like it if the kids get too close, but they come asking for food. Exactly what I didn’t want. But, it is hard to let them go hungry.

We do worry about kittens though. We aren’t sure of the gender of these two. 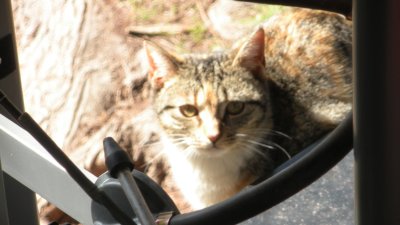 See, this cat is on our porch!! They are getting daring. Once we open the door, they will get up, and if we take a step out, they will jump off and look at us.

Oh, and the kids named them. This one above is named Sunbeam. 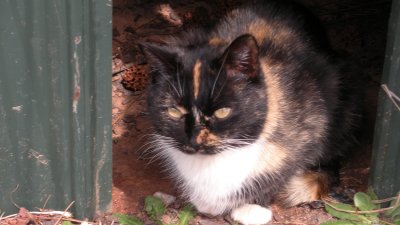 This one they named Joey. Not sure why. This one seems to be the dominant one. Pretty cats though. 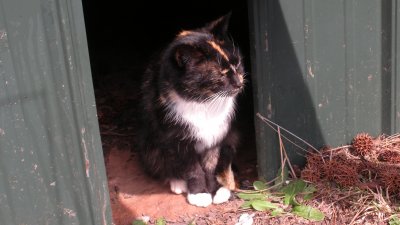 The kids have been giving them bread because that is about all I have. The other day when Don made chili, he cooked up the fatty pieces and gave them those. They LOVED that!! 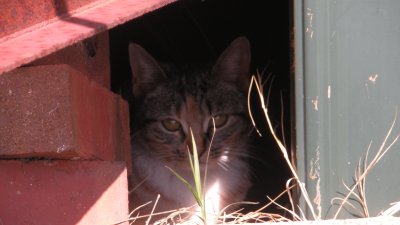 I thought this was a good picture. The kids took all of these pictures. Pretty good if I do say so myself. 🙂 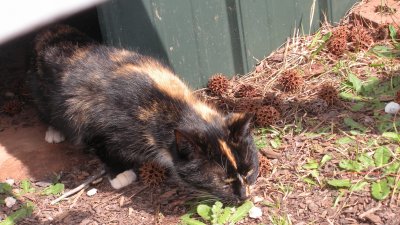