On Friday, we all went to Uncle Bob’s Farm. We got to enjoy the animals, the corn maze, a hay ride and more. We had a blast. 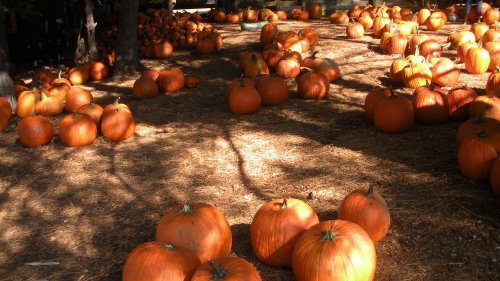 The first thing we did was go through the corn maze. Another farm had it where you can go through it at night, but admission was $7 more per person. Maybe next year. This was still fun. 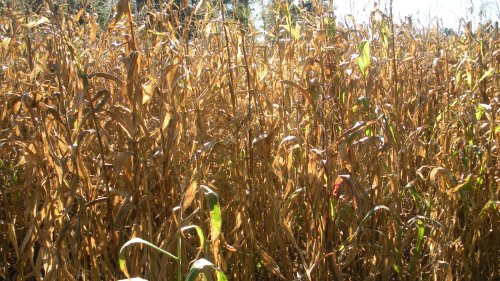 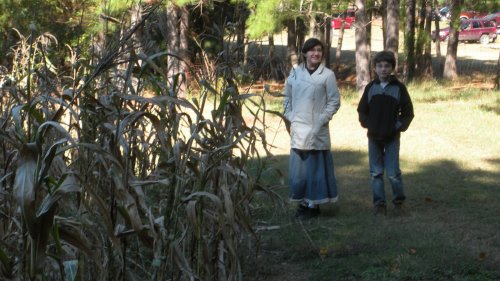 The kids ready to enter the maze. 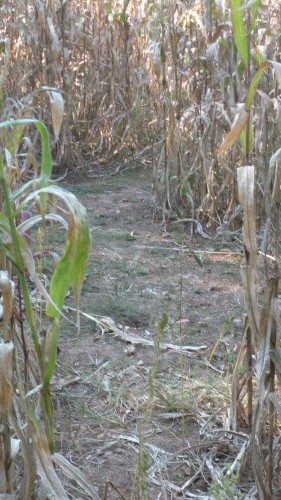 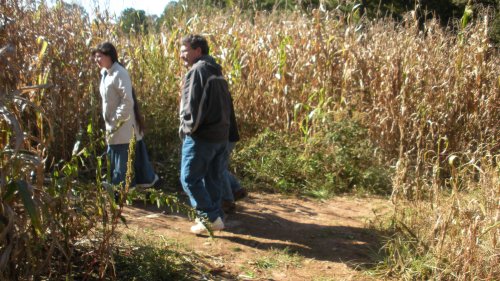 And they are off!! 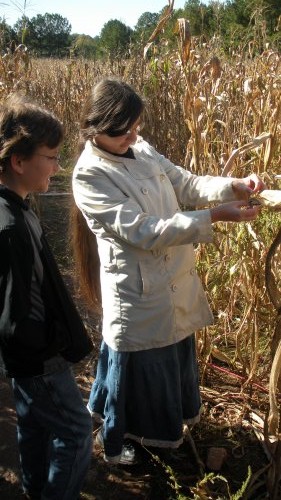 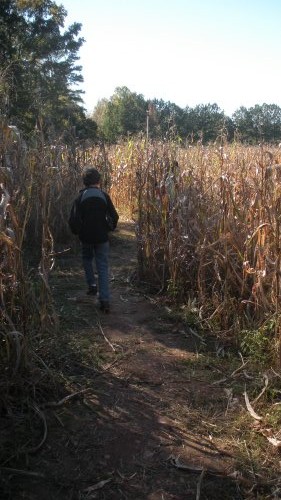 Finding an ear of corn on a stalk. Most were harvested. 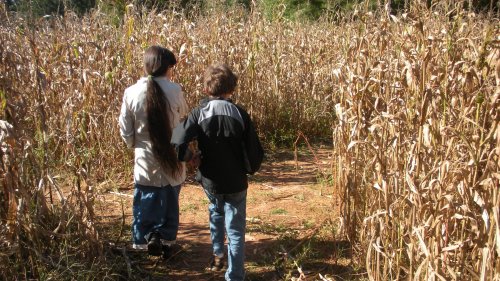 A fork in the road…which way should I go? 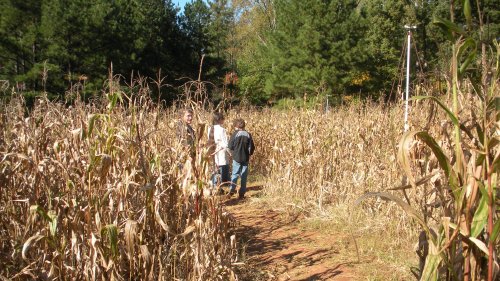 It was fun going through the corn maze.

I didn’t take many pictures of the animals. But they had the regular animals you would find at any petting zoo. I really liked the flop-eared rabbits! It has been a looong while since I had a rabbit. I still want to get one, one of these days.

They had horses, which MaryEllen liked. Dumb me, I was too busy looking that I only snapped one horse. Later, when we were looking at the pictures, she asked if that was all I took of the horses. 🙁

They had bee hives with lots of working bees. The girl who was in charge of the exhibit was a homeschooled Senior. The kids got to see samples of their hives and watch them work. If you put your ear up to the display, you can hear all the business going on inside.

The neat thing is that the display had an exit where the bees could go out and do their thing, but they always come back to their home.

Oh, it was cute, while we were there, another family came in with little kids. One boy asks, ‘Where is the Queen?’ After looking for a second or two, he asks, ‘Does she wear a crown?’ LOL!!

Before we left for the day, we bought a jar of their honey…yummy!

There was a gentleman who makes pottery on the premises too. He was kind enough to give us a demonstration and a little history. 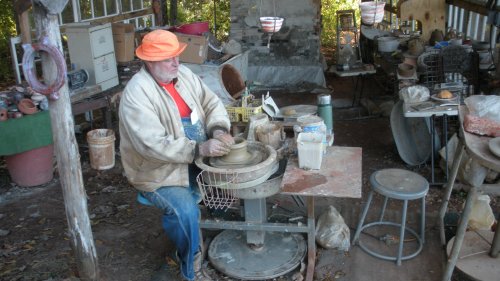 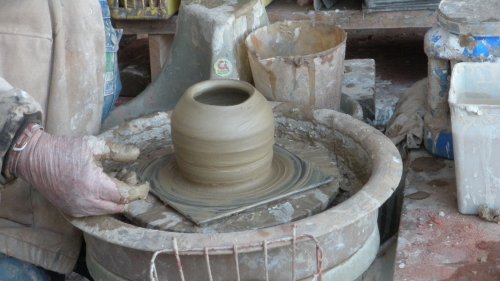 They had a tractor pulled hay ride around the farm. The kids enjoyed this and wanted to go again. 🙂 I had an odd spot on the back, that I couldn’t get any pictures. I was sitting too close to the kids. The bed was full of people and I didn’t want to get anyone else either. I try to be considerate in that way…not sure if others appreciate strangers taking pictures of them. I hope they give us the same courtesy. 🙂

When we were about ready to leave, the kids picked a few pumpkins. We picked one large one to carve and a few for baking.

We also bought some of their pumpkin butter with honey. Sounds yummy! 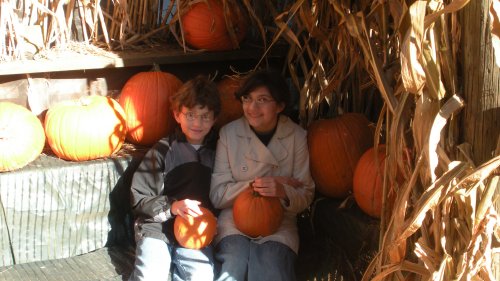 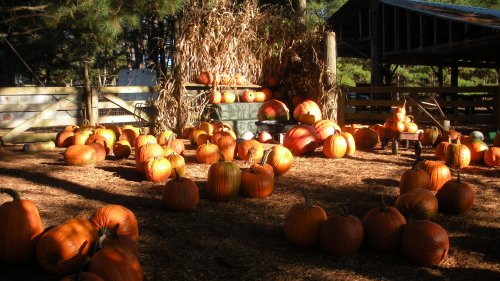 Other Things To Do

They also have puppet shows, corn gun, and other educational stuff for schools and groups who come to visit.

Overall, we had a fun time at the farm.