Don has been on vacation all week. He goes back to work today. It was great to have him home 24/7. During his vacation, he and Donnie got to spend time working together on the car, outside and putting together this target for the knives his Uncle & Auntie got him for his birthday.

First, they took a drive around the nearby woods to find a stump that would be suitable. Once they found it, they brought it home and Don sawed it into a few pieces. 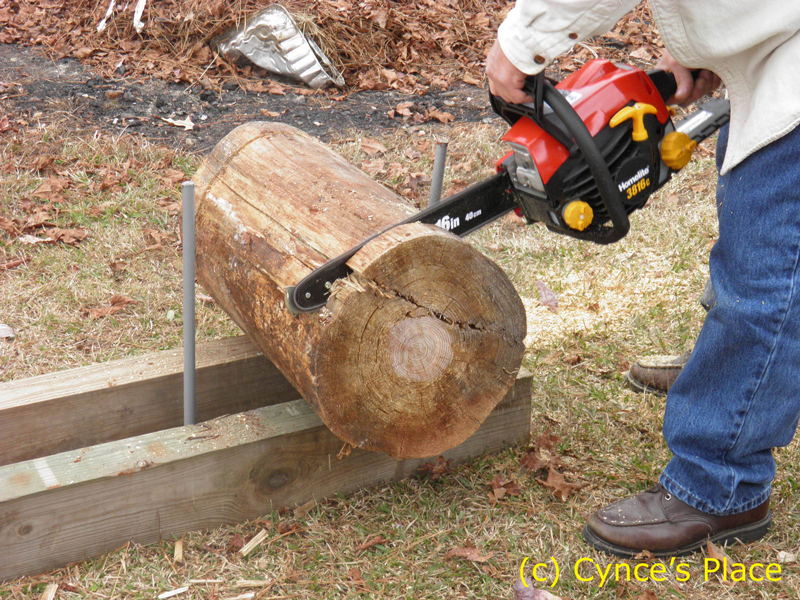 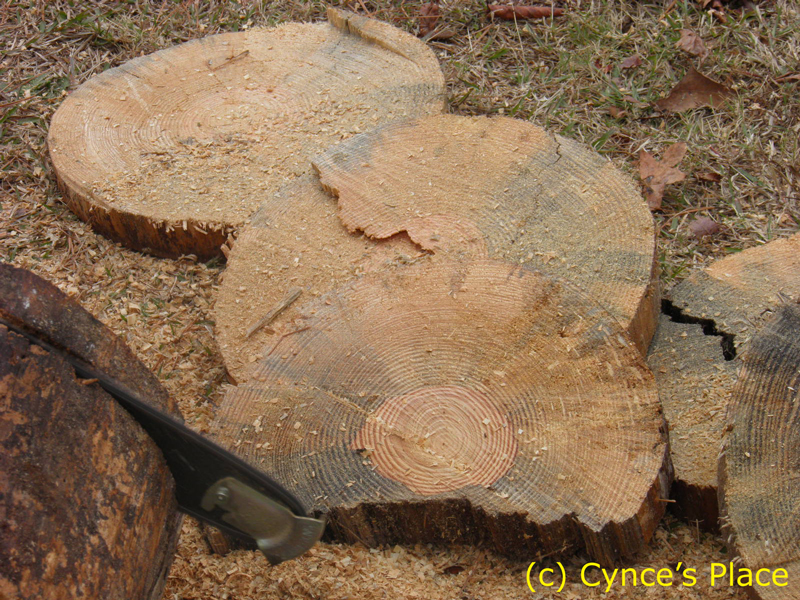 Next, they took a drive to Lowes to buy a couple more boards to add to the ones we already had to make the backdrop. Donnie screwed it together making sure it was nice and tight. 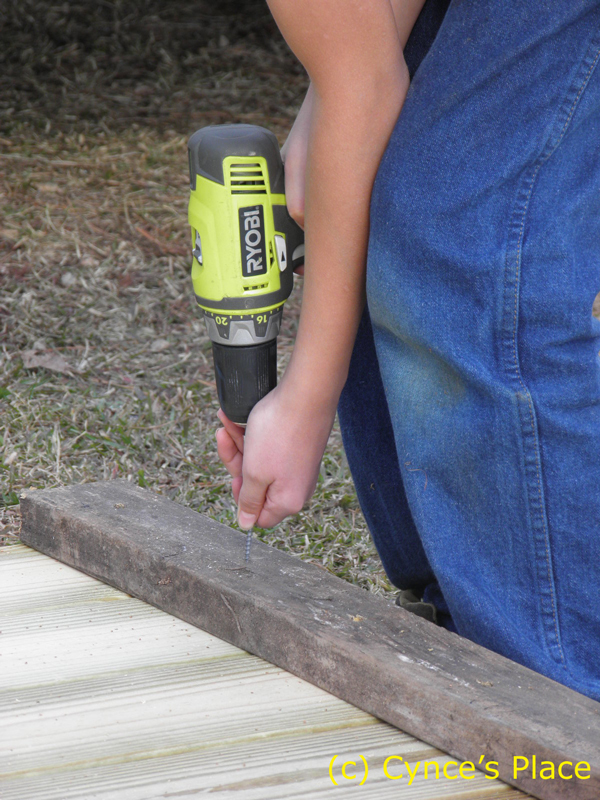 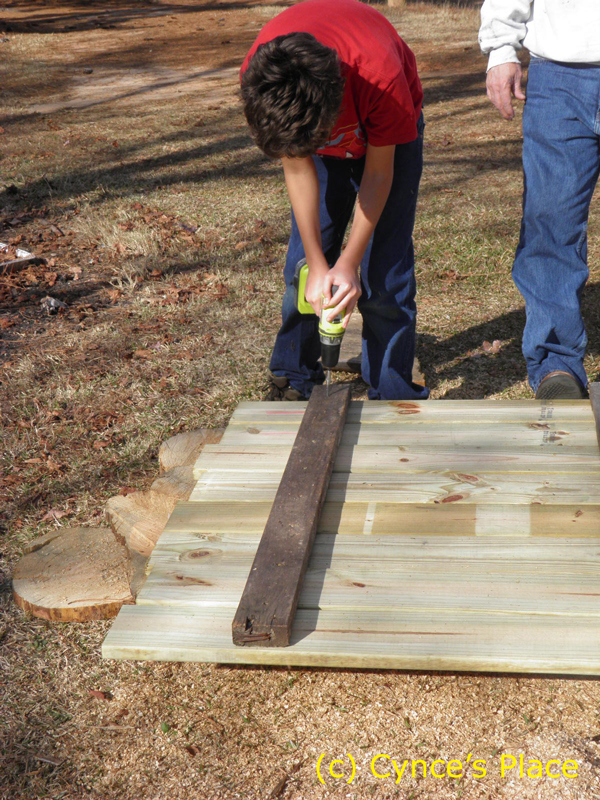 I helped carry it to the tree. Boy was it heavy! It didn’t look heavy…I guess looks can be deceiving. Once at the tree, they leveled and stabilized it. Next came the attaching of the tree stump pieces. 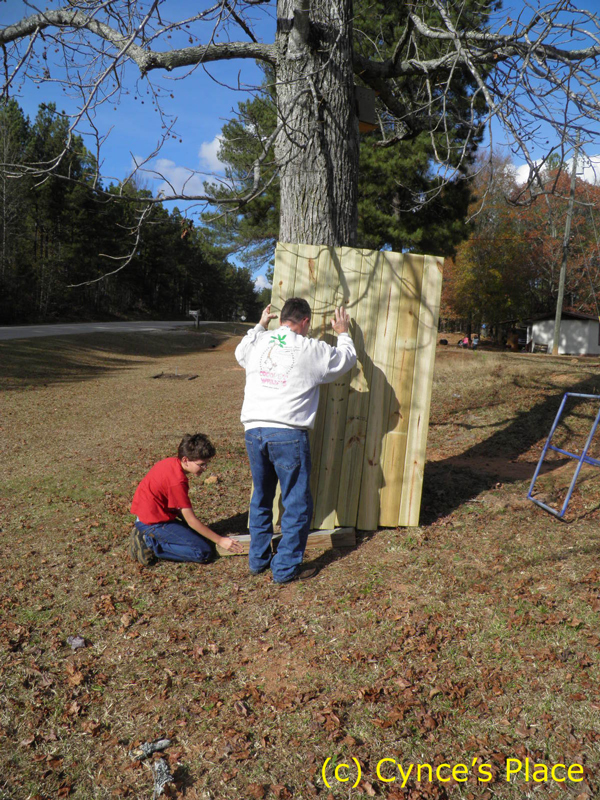 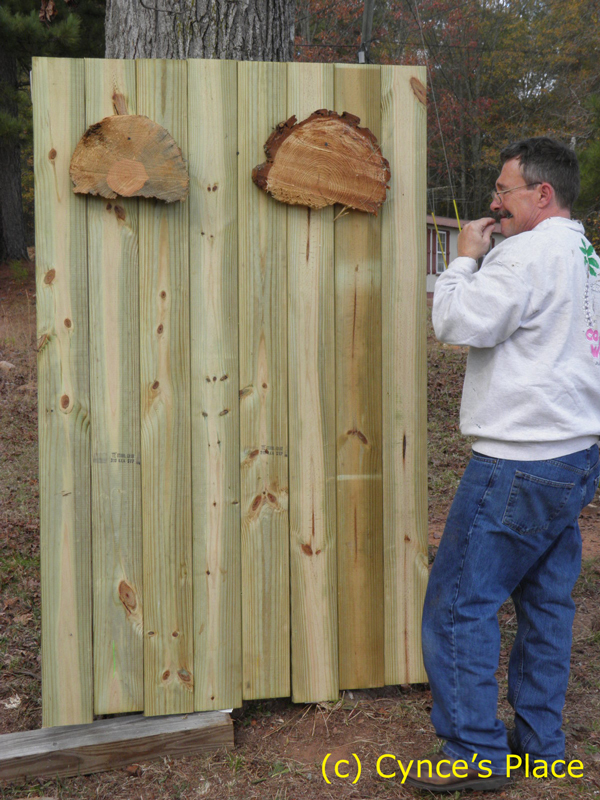 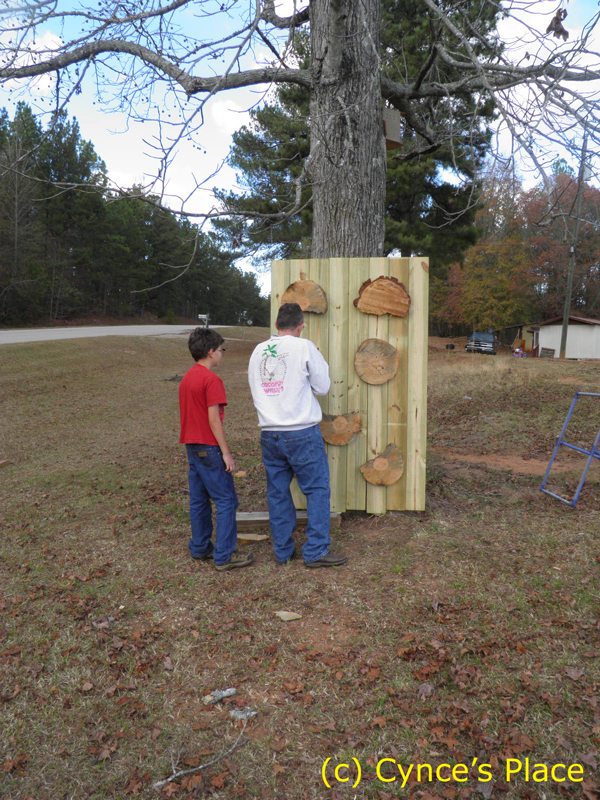 It was a great project for them, one they have been wanting to do, but with Don working so much they haven’t had the time to dedicate to it. 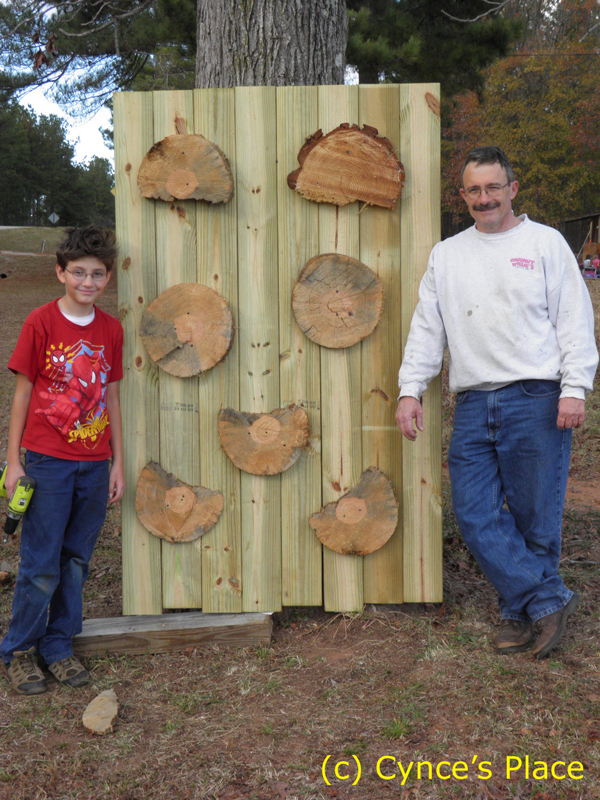 After they were all finished, we tried it out. After throwing a few, it became apparent that we are going to have to cut the lower branch. We’ve only hit once or twice. 🙂 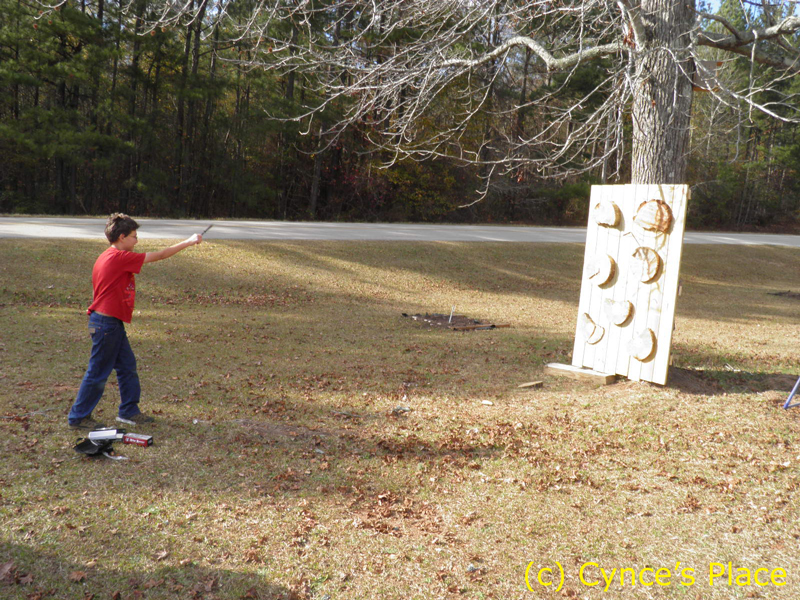 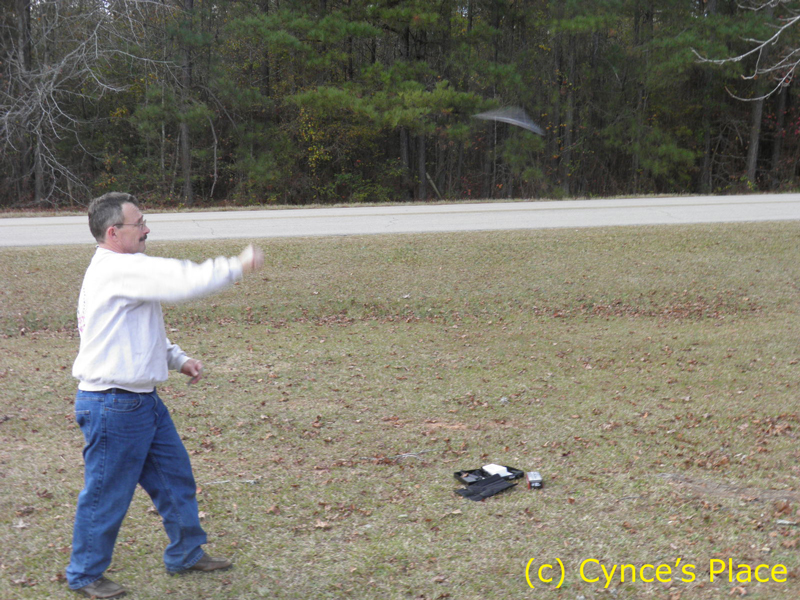 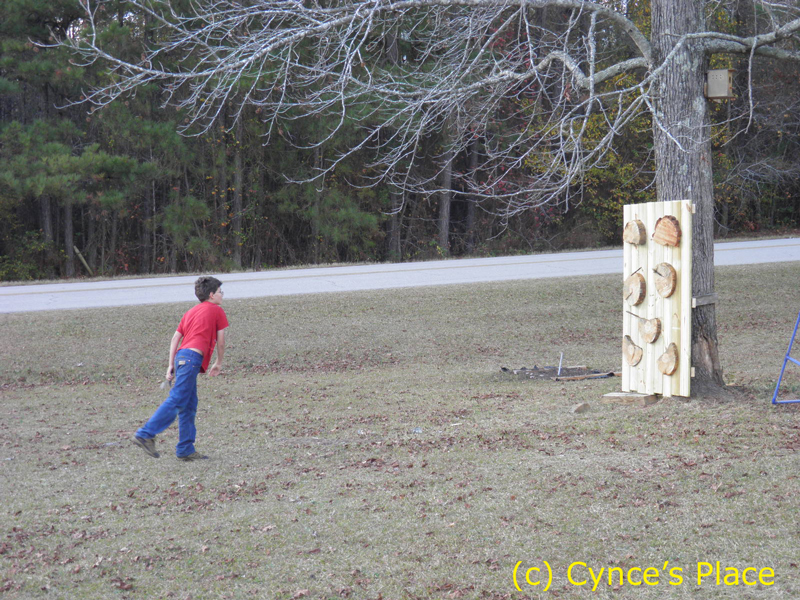 It wasn’t as easy as it looked on the DVD we bought. Practice, practice, practice. We did make a few. Heck, I was happy if we hit the backboard for now, only a few went pass. 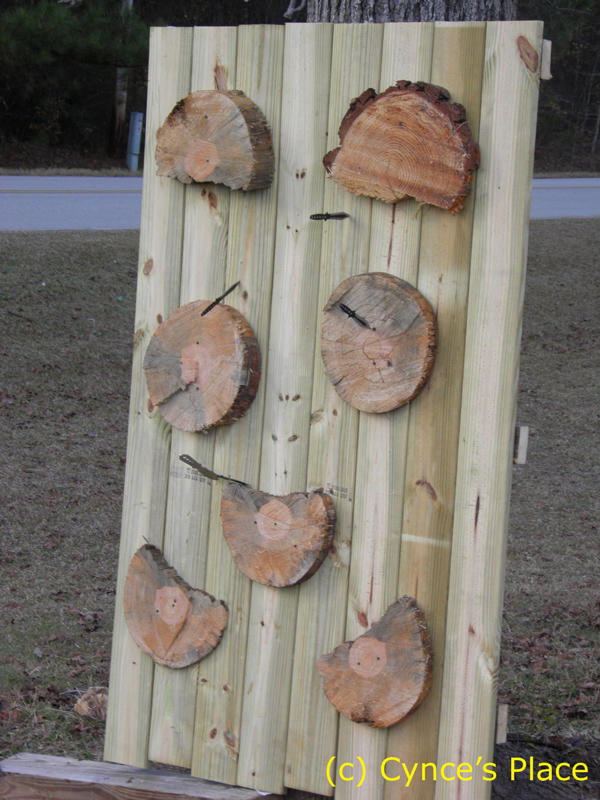 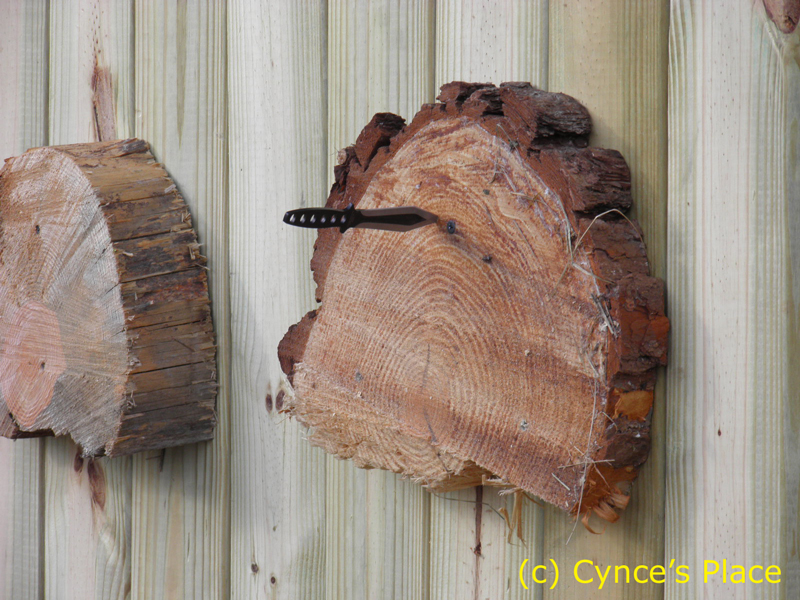 This one was mine, a little low. LOL! 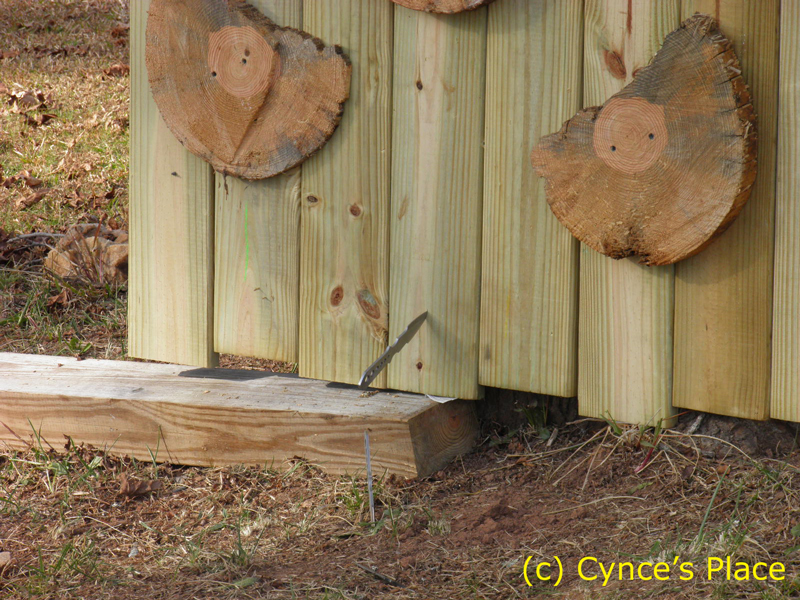 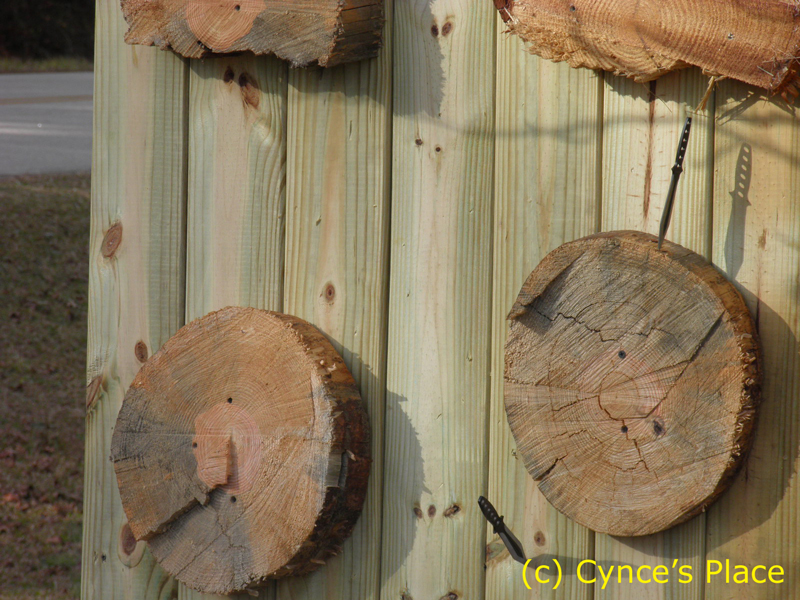 We will definitely be using this. Don also wants to use it with a bow and arrow. His sister bought Donnie a bow for Christmas/birthday, we just need to get some arrows. MaryEllen wants to learn to shoot the bow, so we need to research it a bit. Too much fun. 🙂