Earlier this week, we were bombarded by hail. It was pretty amazing. The hail started out small, but got bigger and bigger.

We were enjoying our dinner at home when it began. I looked out the window and noticed the hail. Thinking the kids would love this, I commented on it and sure enough, we were all huddled around the window.

It soon got louder and louder. Our dinner was getting cold as we watched. Don and I were concerned about the van getting damaged, not having a carport or garage. Thankfully, nothing broke.

Once it stopped, I grabbed my camera to take some pictures. 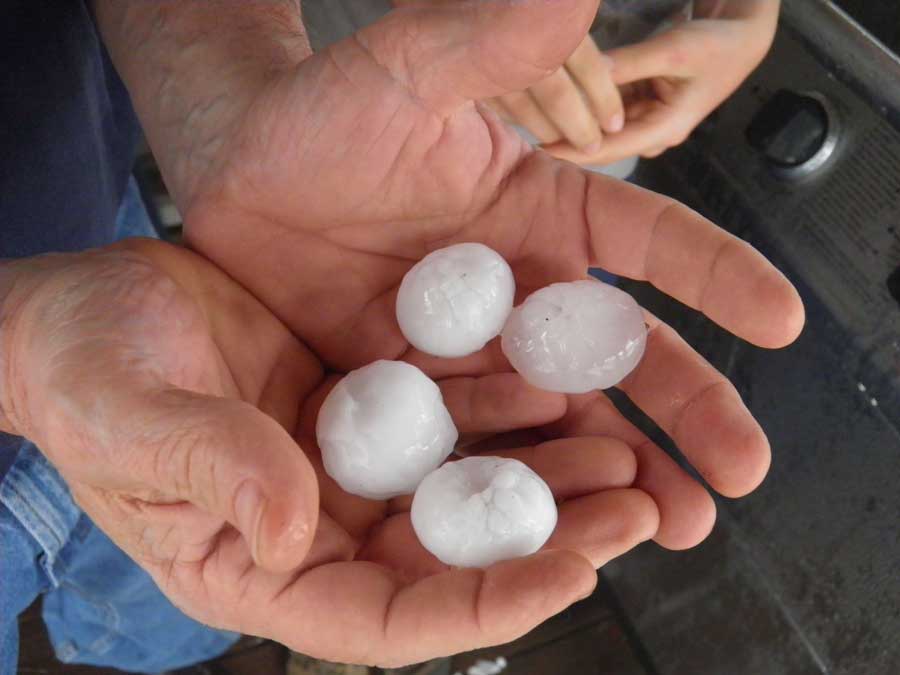 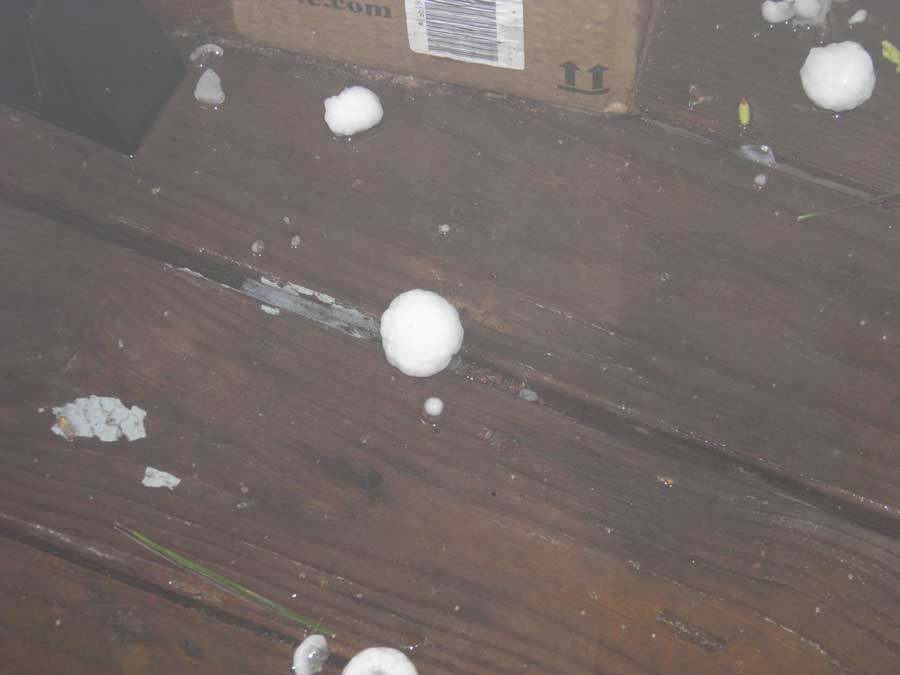 The van got a little dirty…okay dirtier, but thankfully no windows were broken and there were no new dents. 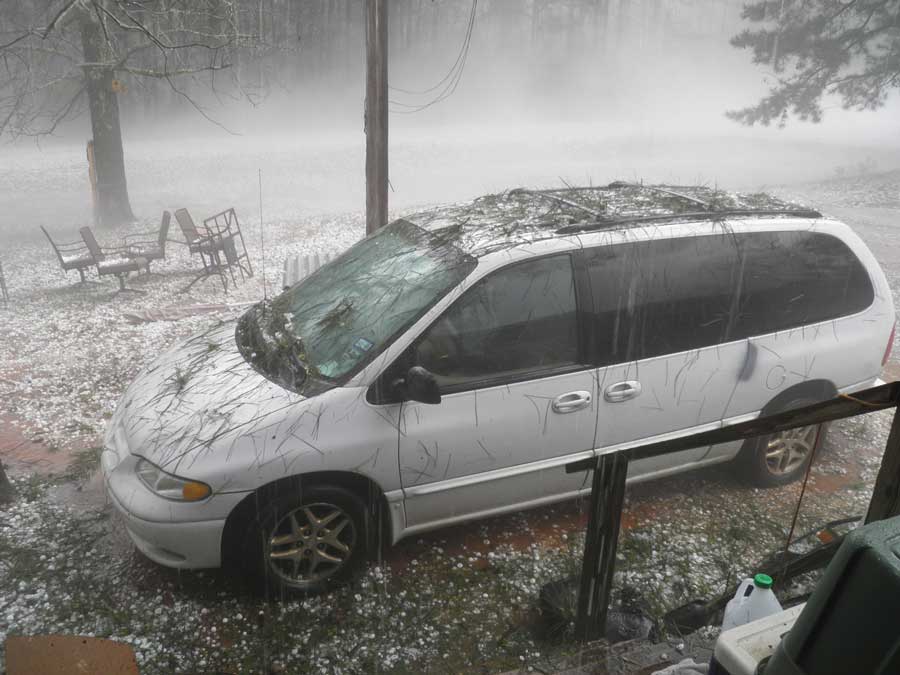 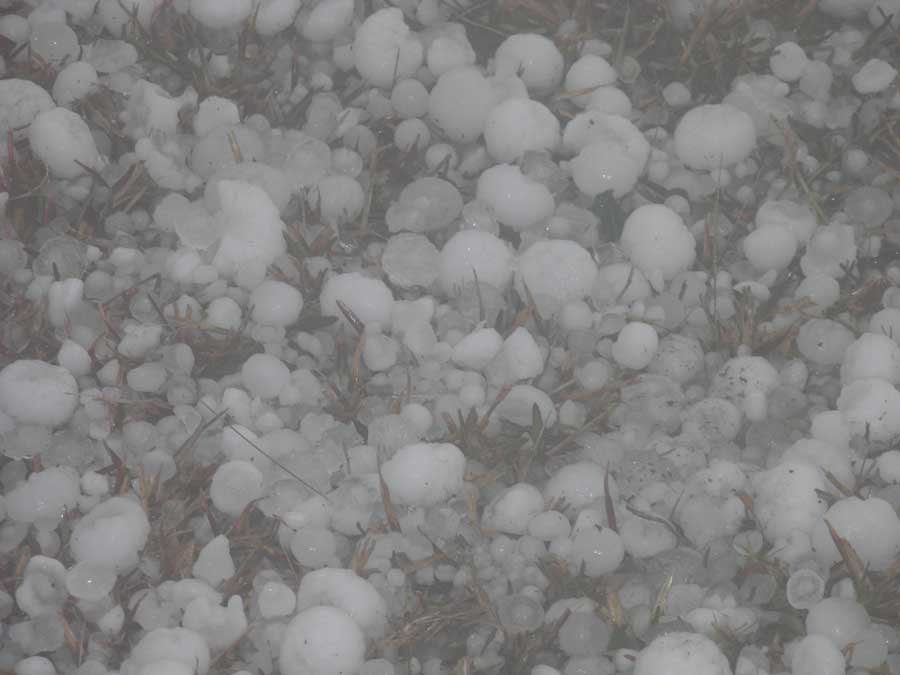 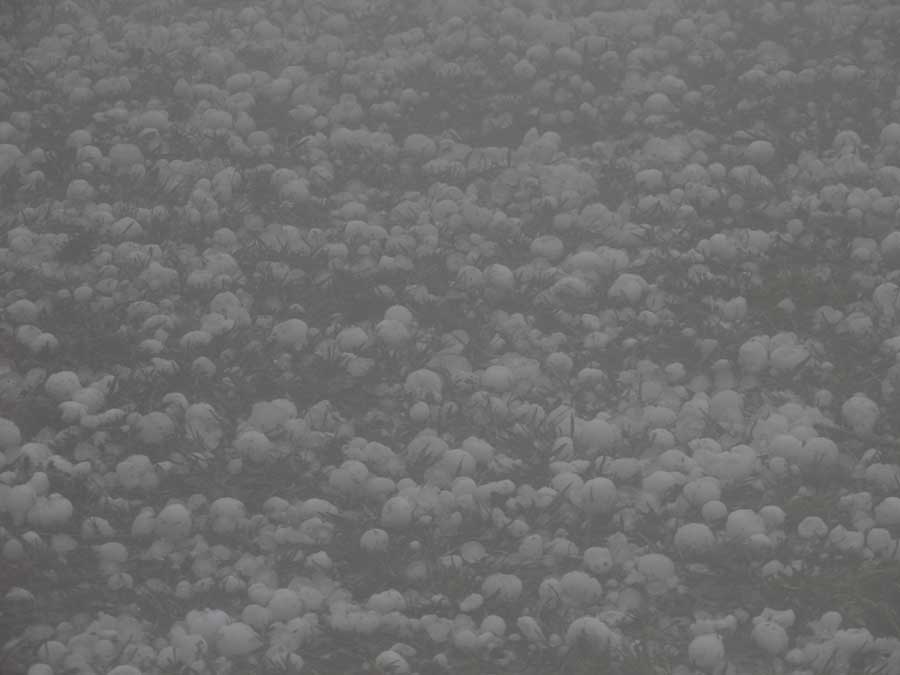 It was 74 degrees when the hail storm hit, so once it stopped, the cold hitting the warm caused this eerie look. Spooooky! 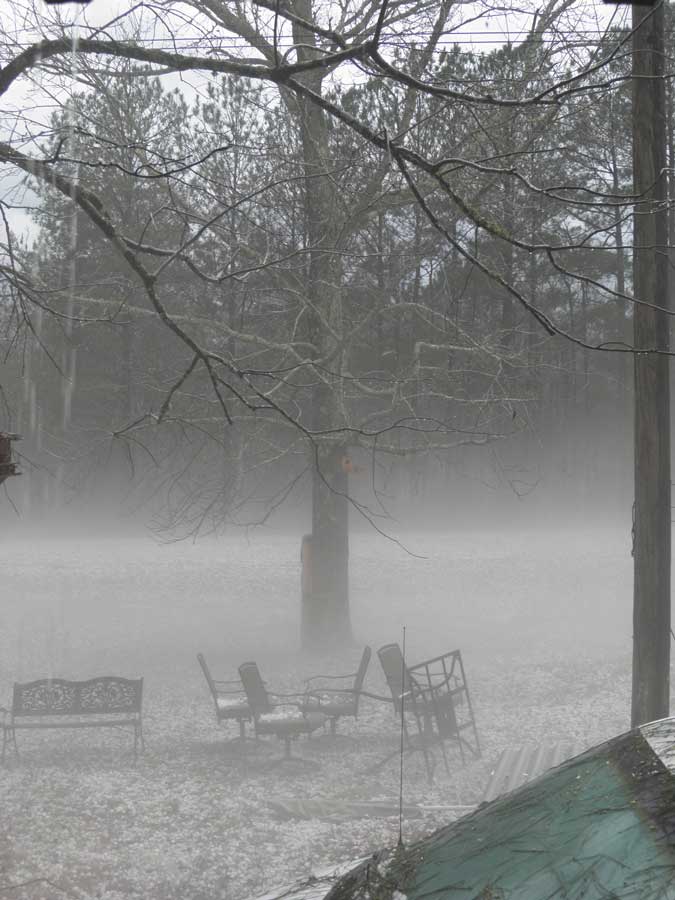 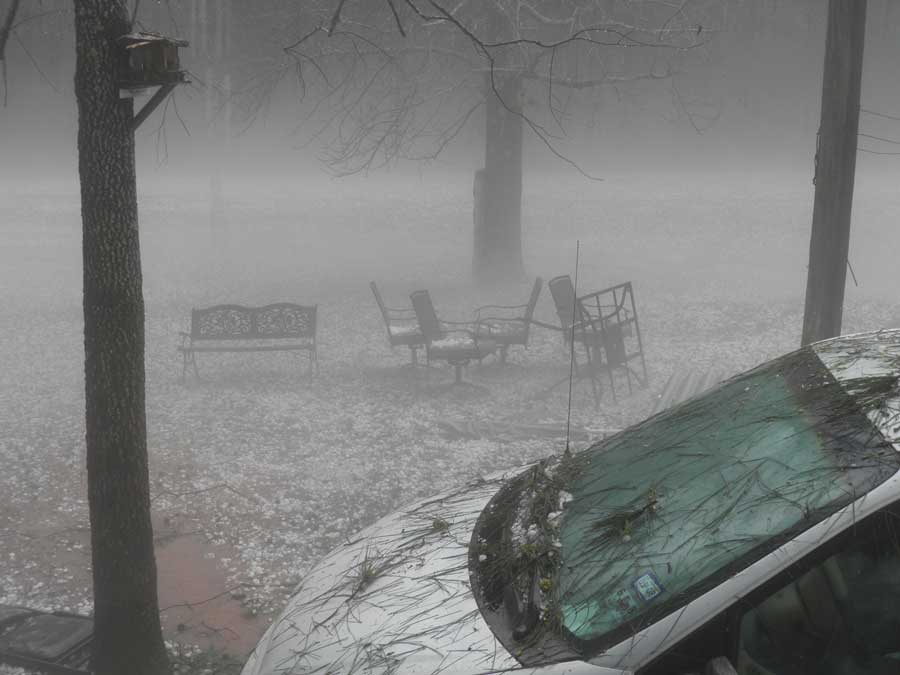 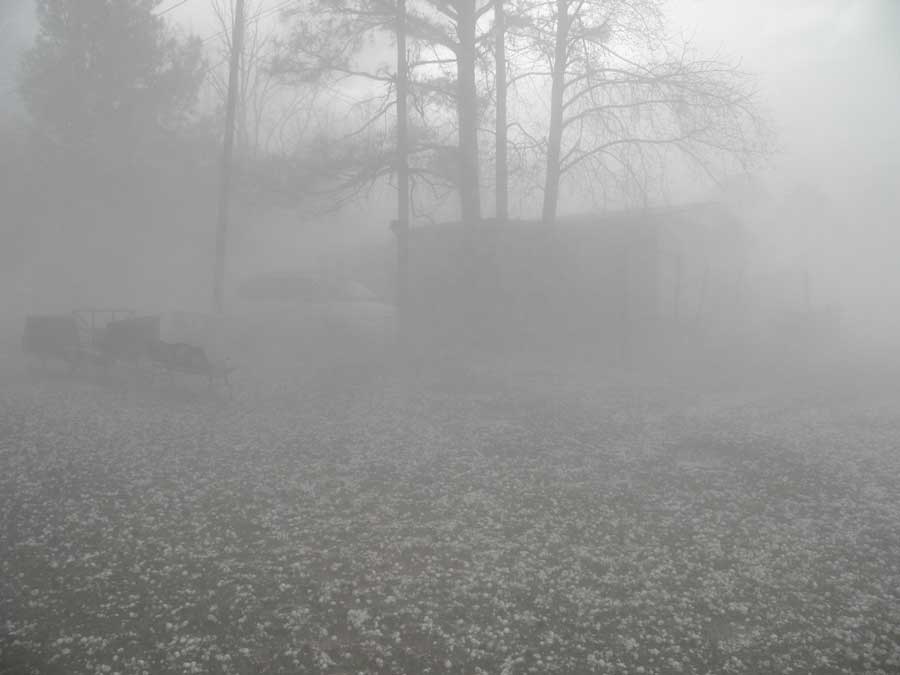 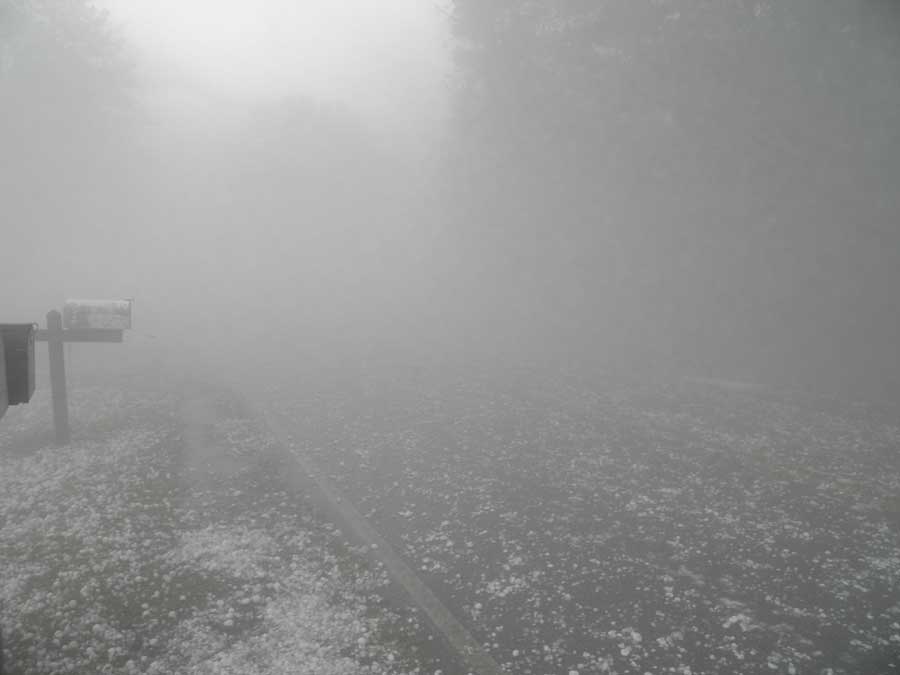 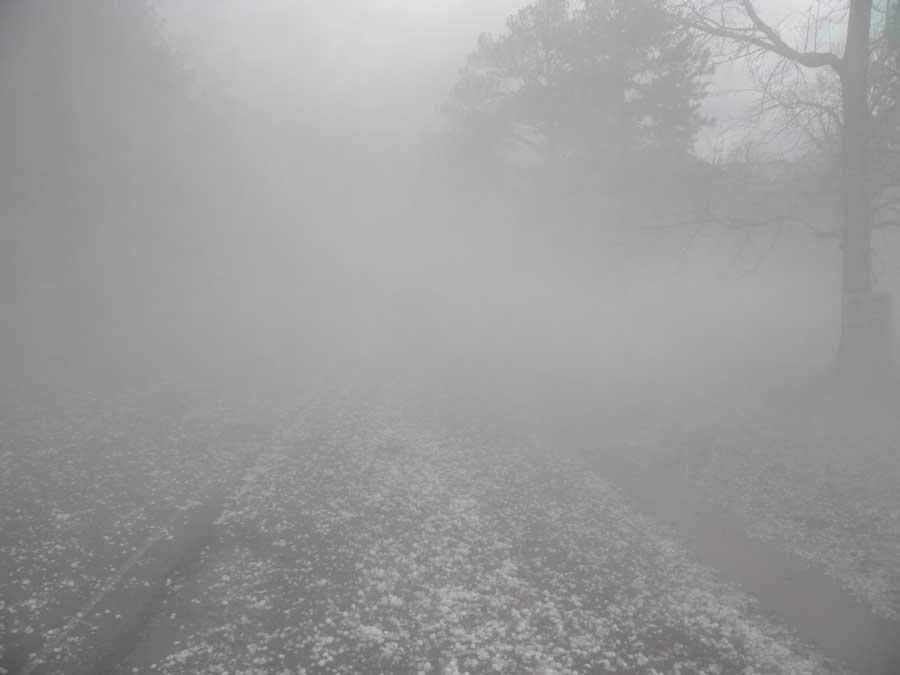 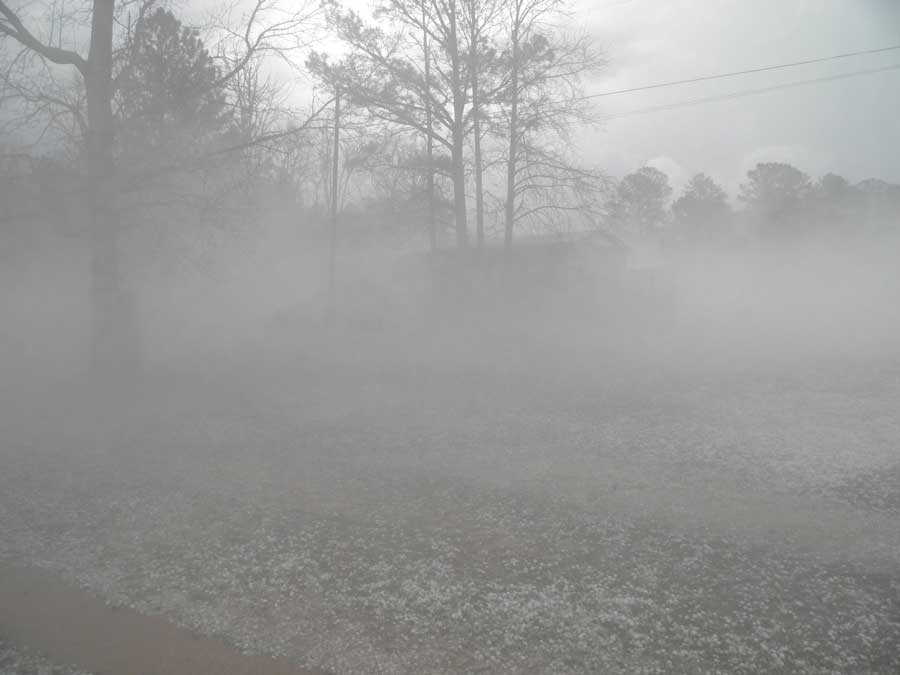 A little while after, we lost electricity. It was still light out, but in the house, it was darker. I used a book light for a while to read. We have a Gold Zero battery we bought at Costco a while back that came in handy. I forgot to take a picture of the battery, but here is a light that we plugged into it. This one light lit our little home wonderfully. MaryEllen was still able to draw. 🙂 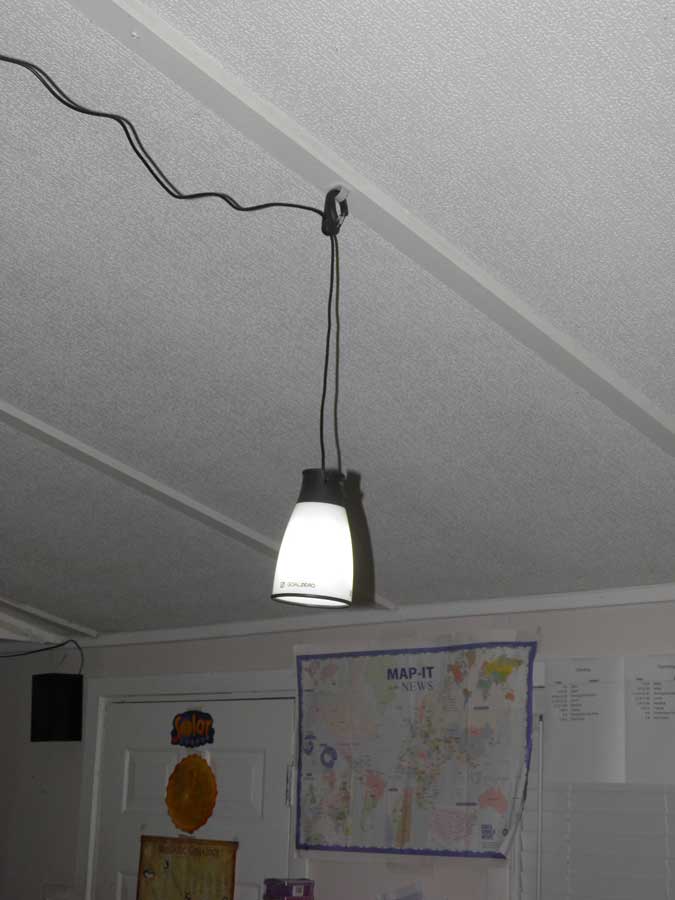 The battery was only half full, and it barely moved after four hours!

We ended up watching a movie titled, ‘Game of Your Life,’ using the kids’ laptop because it was fully charged. It was a good movie.

When we went to bed at about 11pm, the lights were still out. I have a confession to make…I am afraid of the dark. Once the light was put out, it was pitch black. Nothing could be seen in front of me. Luckily I was tired and I fell asleep fast.

We live in a rural area where there aren’t any street lights. We do have a light in our front yard. But when the lights go out, it is D-A-R-K! One time, when we were on tornado watch and the lights went out, I opened the door to look outside. I was watching the sky. 🙂 It was late and when I opened the door, I could see NOTHING. It was as if the dark smacked me in the face. I shut the door quick. That’s when I knew I was afraid of the dark, the real dark. 🙂

This one is a bit funnier. Another time, we were sleeping. The lights must have went out during the night because I woke up and could see nothing. I was stressing my eyes to see, but couldn’t. I thought I went blind. I reached for my specs, but still couldn’t see. I started to panic. I woke up Don saying I couldn’t see. He mumbles that the lights went out. I felt a little foolish, but very relieved. 😉 I tried to go back to sleep, but it was hard.

During these times, I often wonder what it must have been like before electricity. I would have been too scared to check on the animals or to go potty at night. 🙂

Anyone else afraid of the dark?