About a week and a half ago, we went to the humane society and chose a new kitty. I know it was shortly after Sunbeam was shot, but we enjoyed having her around and the kids wanted a new kitty.

It is SO hard going into the humane society. We want to take them all. We spent a little while in there looking at all the cats. The cats would rub up against the cage and meow as we passed by…so sad. I hate seeing them caged up like that. Some were so playful and would stick their paws out of the cage trying to get our attention.

MaryEllen gravitated toward a black cat and Donnie toward a grey cat, but we had to agree on one. I liked a very calm cat that was grey on top and had a white belly. There was also an orange cat that reminded me of Oliver, one of Sunbeam’s kittens.

In the end, we chose a multi-colored female cat. She was the one Don had his eye on. The kids named her Sundance.

These were taken on her first day with us. She liked my laptop for some reason. 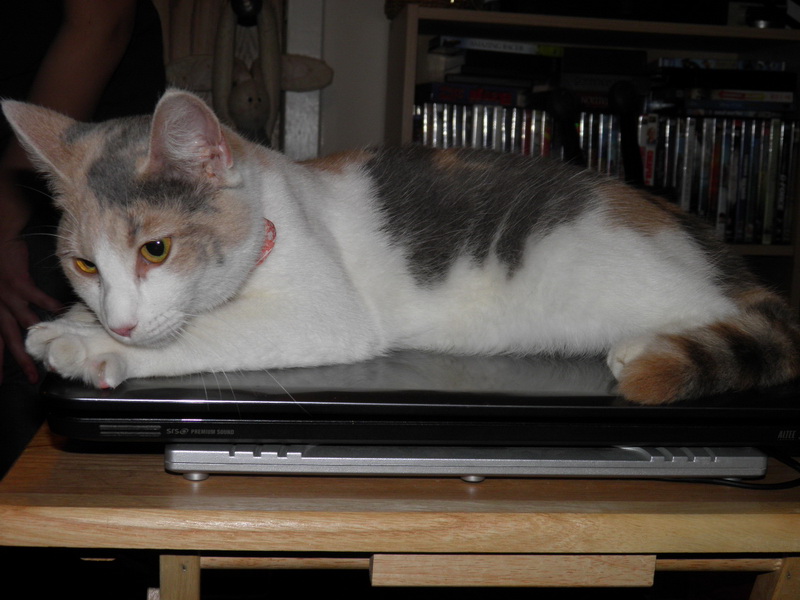 Last Friday she went for her first check-up with the veterinarian. He said she was a good pick, nice and healthy. At the end of the month, she goes back to get spayed. I don’t like surgery, even on animals, makes me nervous. With Sunbeam, she went crazy when we tried putting the cone on her head, so we took it off. Once removed, I worried about her licking her incision. Thankfully all went well and she healed properly. I am not looking forward to going through that again. Sundance might be better with the cone. 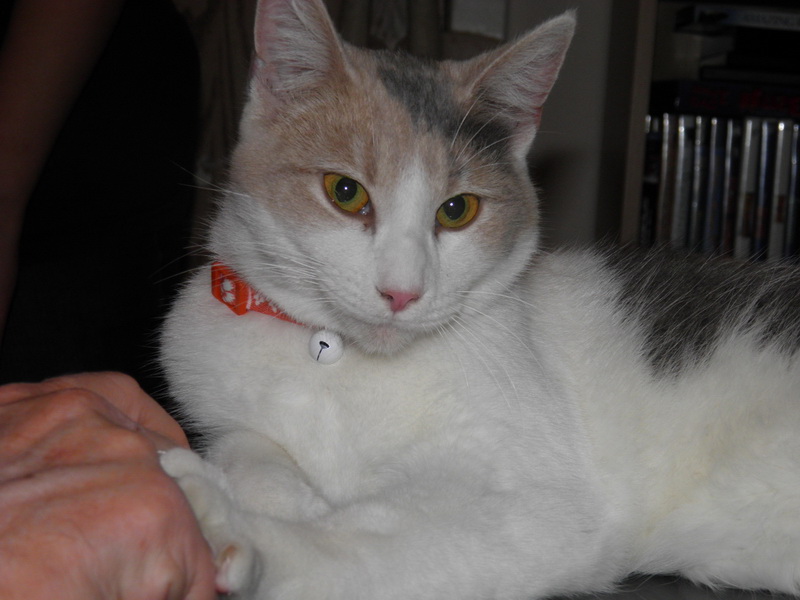 Sundance is doing very well. She has taken to the place and makes herself at home. She took her time exploring everywhere and now knows where her potty box and food are. 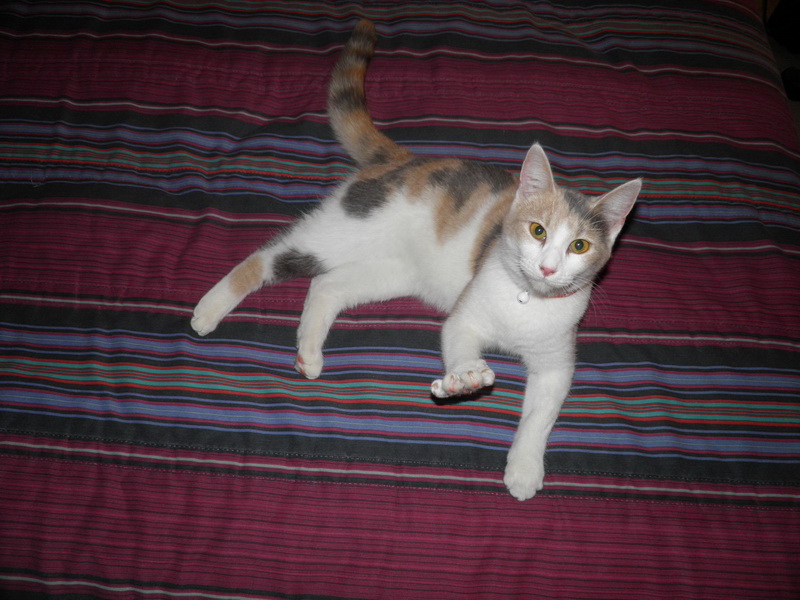 She is very playful, something the kids enjoy. Sunbeam was a feral cat, so we had to earn her trust. Sundance was craving for attention. Sundance doesn’t startle as easy as Sunbeam either, but we still catch ourselves trying not to startle her. For instance, if I carried a load of laundry, Sunbeam would scoot when she saw me coming, Sundance could care less, but I still let her know I am coming through with a load of laundry. 🙂

When Sundance first arrived, she would open and close her paws a lot. She doesn’t do that now, so I am wondering if it was a nervous thing. I thought it was cute though.

Do you have any pets?